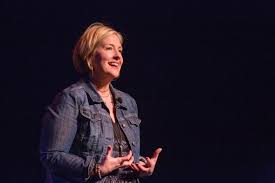 Tell Stories to reach people's hearts and minds
Why it works: Bryan Stevenson, the speaker who earned the longest standing ovation in TED history, spent 65 percent of his presentation telling stories. Brain scans reveal that stories stimulate and engage the human brain, helping the speaker connect with the audience and making it much more likely that the audience will agree with the speaker's point of view.


"Stories are just data with a soul"

Break Down The Wall With Stories

Stevenson spoke for five minutes before he introduced his first statistics about how many people are incarcerated in U.S prisons and the percentage of those who are poor and /or African - American. Data supported his thesis, but a story took up the first one-third of his presentation. It wasn't just any story, either. Stevenson purposely chose to tell a story that made it easy for his audience to connect with him on a personal and emotional level.
"You have to get folks to trust you," Stevenson told me. "If you start with something too esoteric and disconnected form the lives of everyday people, it's harder for people to engage. I often talk about family members because most of us have family members that we have a relationship to. I talk about kids and people who are vulnerable or struggling. All of those narratives are designed to help understand the issues."
Stevenson talks to many people who have made up their minds to disagree with him well before he says a word. Narrative__storytelling__ can help break down the wall between him and the people he needs to persuade. Stevenson says he tells stories to engage judges, jurors, and other decision makers who are inclined to disagree with his perspective. Stevenson has discovered that narrative is the most powerful way to break down resistance.
Stevenson's TED talk is a brilliant example of storytelling because he connected each story to the central theme of "identity". His last story involved a janitor when he'd met briefly on his way to a court appointment. Once inside court, the conversation between Stevenson and the judge got especially heated. Stevenson picks up the story. 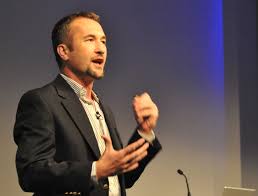 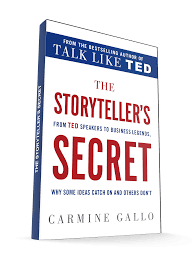